The latest patch for Star Citizen is delayed, but not because of Windows updates. The developers were trying to overcome a bug that causes the game to crash when players are in multiplayer mode after installing a new graphics card.
The devs have assured the community and backers that they will be releasing 3.16 by February 15th as planned, despite their best efforts at finding a solution earlier than expected.,

Star Citizen News – Is 3.16 delayed due to Windows Updates? No, the team has confirmed that it is not. 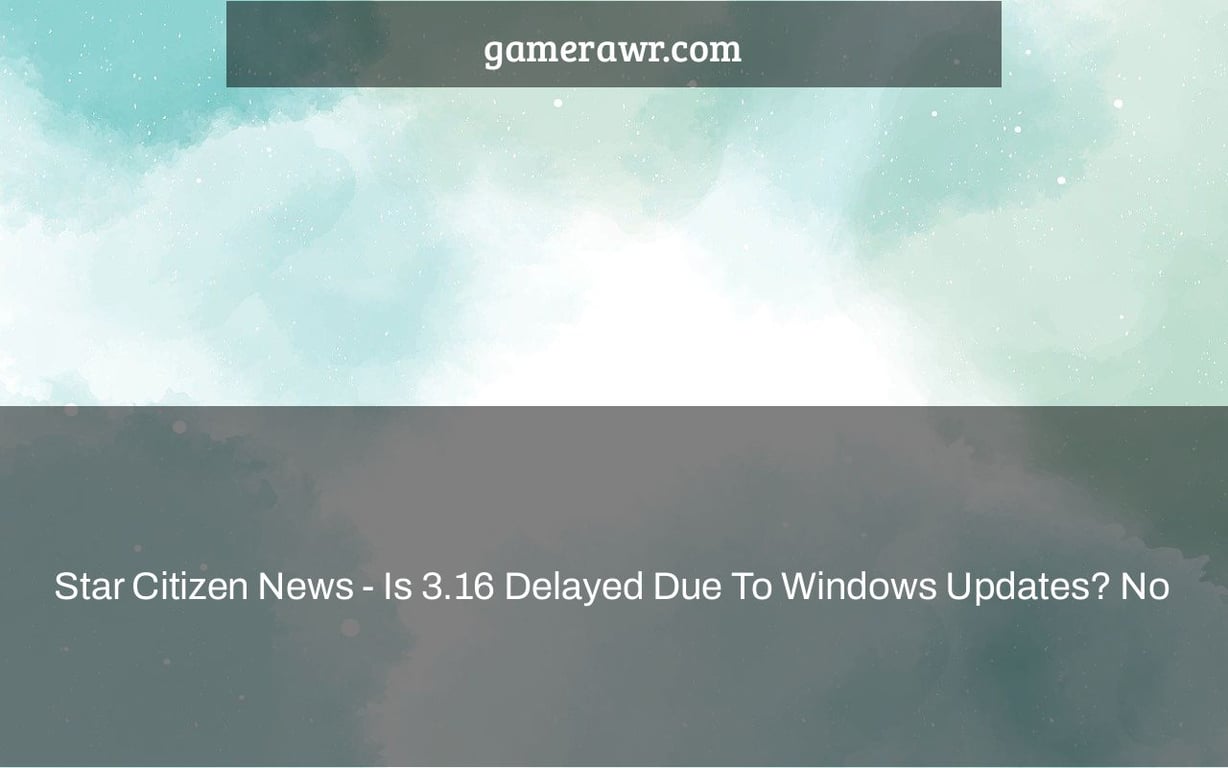 We’re well into December now, and there’s a lot going on in the Star Citizen universe. This week in Star Citizen, we have Luminalia, probable 3.16 updates, and reduced ship sales. I wanted to go through the improvements to the 600i in more depth since they are significant, and there is a lot more going on, so let’s talk about it!

There was a new micro patch for Alpha 3.15.1, as well as some server maintenance.

Localization Tools, Linux, EVGA Precision, and VorpX are presently not supported by EAC, and if you want to utilize reshade, you’ll need to change the dxgi.dll in there to d3d11.dll.

A small patch was also applied to the Launcher, which included bug and compatibility fixes.

This patch and maintenance aid in the preparation of the next major patch.

We know that 3.16 testing will begin shortly, and I continue to expect that the 3.16 Live release timeframe will be between July 17 and July 24, if feasible. So I’m expecting a public PTU next week… maybe… crazy, I know!

The start of Luminalia, which is Star Citizen’s version of Christmas… According to CI,

We’d like to draw your attention to our next Luminalia event, which begins on Thursday, December 9th. For those seeking to get a head start, we’ve made inexpensive starting packages available, but you’ll want to come back later this week for the complete event. This year’s Luminalia celebration promises to be our finest yet, with more goodies than ever before — really, don’t miss out on this one!

With the Holiday Starter Packs, you can get a 10% discount on an Aurora MR, Avenger Titan, Mustang Alpha, or Nomad, as well as a Game Package and 24 months of ship insurance… With a copy of SQ42, you can also get the Avenger or Aurora.

The Narrative team will release a new episode of Loremakers: Community Questions later Tuesday. We’ll also learn more about the December RSI Subscriber perks and flair, which should include the new Russimof RS Armor sets we mentioned a few days ago.

This week, I’m most looking forward to Wednesday… As CI posts its Odyssey Q&A Answers, this should assist clarify where the ship stands in comparison to the Carrack. Once that Q&A is live, we’ll perform a thorough comparison of those ships and speak more about Exploration!

Thursday Inside Star Citizen looks at the newest grav-lev upgrades, as well as Jumptown 2.0, both of which will be included in the 3.16 release later this month. It also marks the beginning of further Luminalia festivities… I believe we may anticipate screenshot and similar contests, as well as free flair and perhaps something to gain in-game. Remember that there are Easter Eggs on microTech, such as the Grotto beneath New Babbage.

Friday, Star Citizen Live returns, but we don’t know what they’ll be talking about, and if you’re signed up for it, you can anticipate a newsletter from CI as well… just like every week!

I’d want to draw your attention to anything concerning the 600i’s current rework: I’d either missed or snubbed a line… When I was talking about this in my video, I discovered something. The 600i Touring and Exploration are now significantly different, and it’s crucial to understand the differences:

The medical facility, armory, vehicle-focused cargo compartment, and other exploration-focused gameplay are all included in the EXPLORATION.

Instead, the TOURING focuses on luxury guest transportation. Which is the VIP kind of get these delegates here safely missions we hoped the 600i and 890j would be capable of one day… It’s kind of like the development of the modern Taxi Missions.

I wanted to be explicit about that since in my initial video, I implied that both ships possessed a medical facility, which may not be the case. The 600i explorer, on the other hand, seems like it will be a highly feasible ship currently.

There was also a Dev Response to a reddit topic called Patch Delayed Lol, which I found rather amusing. 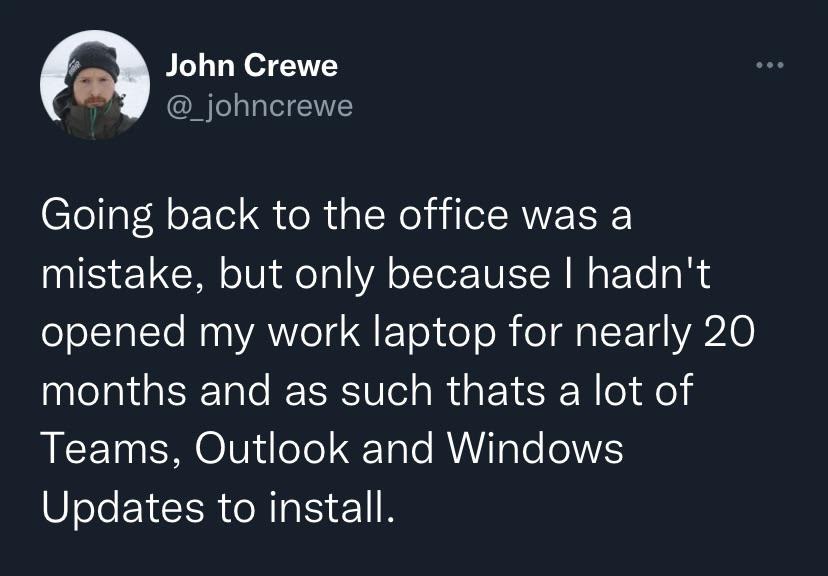 Then there’s a remark from John Crewe on that thread:

Tfw (the thrill of waking up to see this at the top of the subreddit)!

To calm everyone down and address a few typical questions:

– No, the patch was not postponed because my laptop required a Windows update;D

– When the epidemic began, I brought my work computer home and have been using it since.

– I deliberately agreed to return to work one day a week in order to acclimate myself and my family to my being back in the office becoming more and more like the “before” days.

— Because I only work one day a week, I elected to utilize my work laptop, which was still at the office and which I used while traveling to DE/ATX/LA on a regular basis, rather than lugging my business PC back in and remote into four days a week.

– It was great to see several of my coworkers for the first time in over two years.

It’s terrific to hear that individuals are returning to work in greater numbers… When they get their new studio in Manchester, I imagine most people who haven’t yet will have to return… maybe?

That’s it for today’s Star Citizen fix; over the next few days, we should be receiving a lot of helpful information from ISC, that Q&A, maybe a 3.16 patch of some type, and the start of Luminalia.